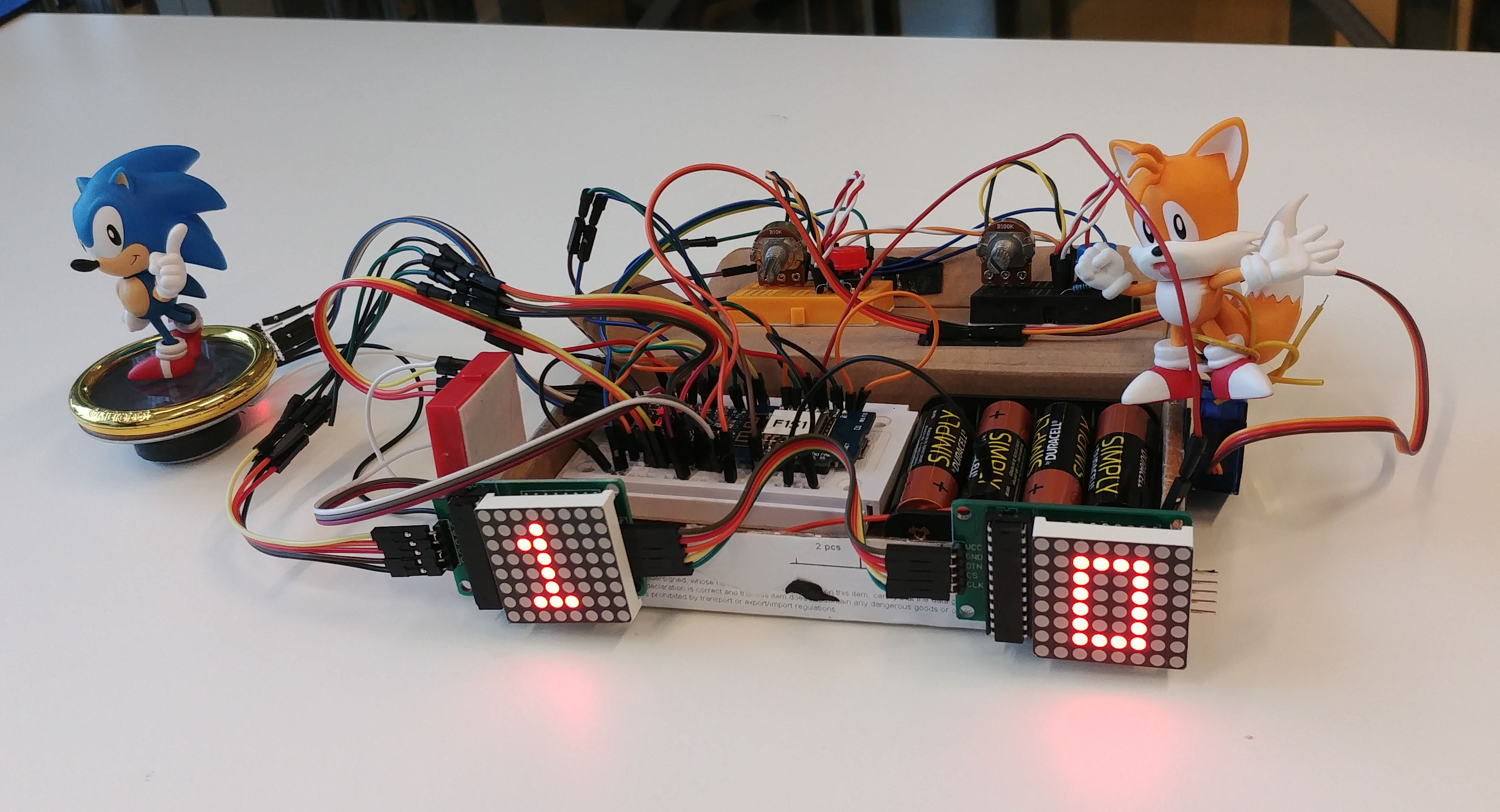 This is not the first time I’m doing something with the Arduino, but it is the first time I made it considerably large. To pass for the course Technology for Interaction we had to do an assignment, either in a group or alone. (I’ve decided to do it alone).

These were the requirements of the assignment: 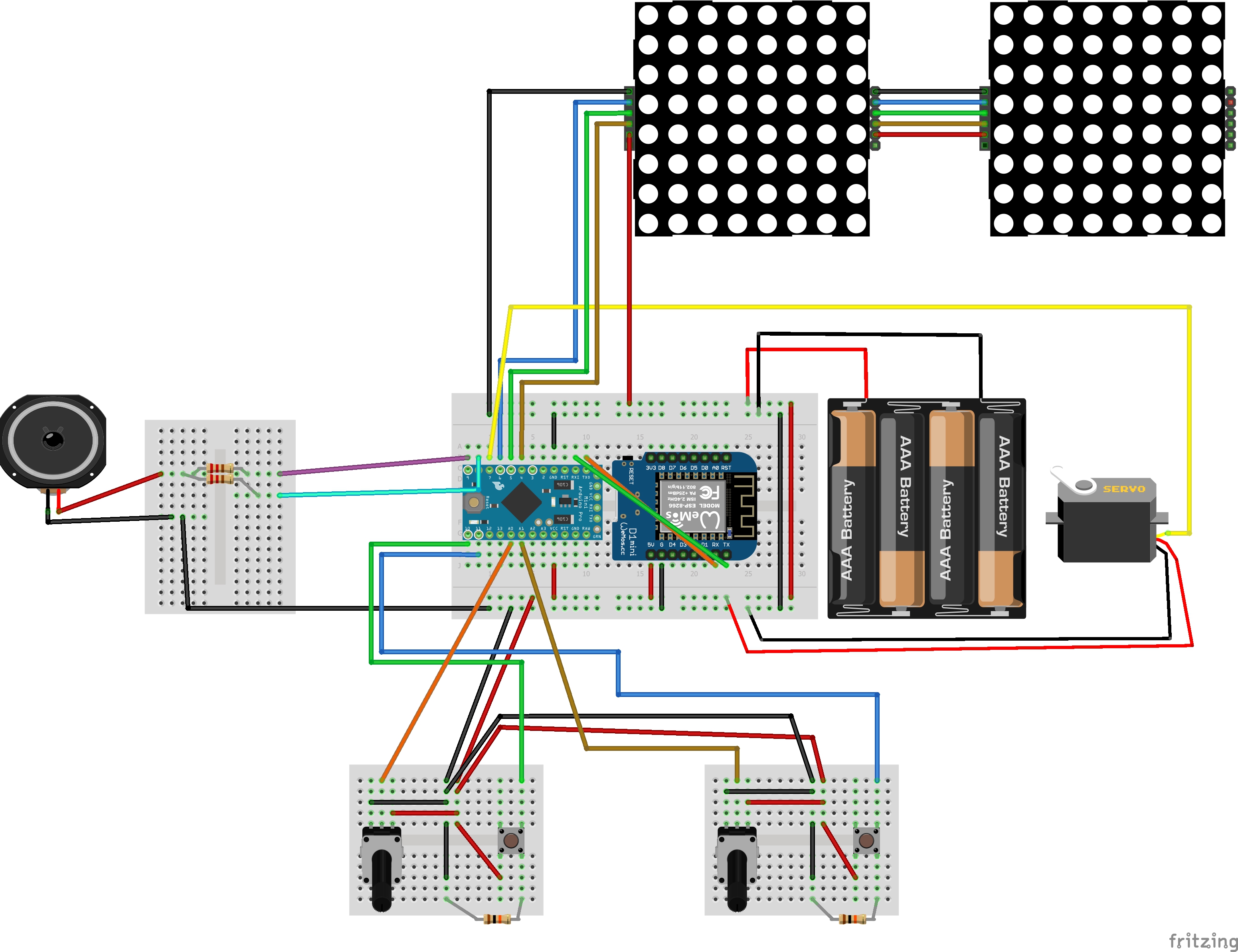 This is basically connecting everything as specified in tutorials / documentations. Only the speaker is really connected differently (using 2 digital pins instead of 1). This is because I tried to see if I could somehow load sound files to play on the speaker, even though I don’t have a place to store the data on. That’s when I found the avr sound library, they are using 2 pins instead of 1. I still didn’t connect it the same way as specified in their documentation, but because I don’t have a transistor I managed to still make it work decently this way.